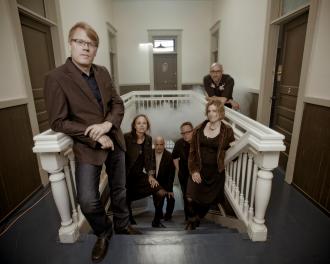 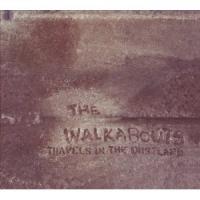 Travels In The Dustland

It took us a long time to make this new album. Six years in fact. It wasn’t that we stopped being a band during that time, it was just that other things took over. Life took over, and that is a hard thing to control and slow down.

But there was also something else. After “Acetylene” we knew that when we did another album it needed to follow a different trail. It needed to have its own idea, its own purpose, something luminous and worth fighting for.

That idea was elusive. But one hot, dust-blown afternoon, as I sat in the back of a rusty Jeep, as it bumped and ground itself across a desert track, somewhere deep in the Sahara, these words came to me: “Travels in the Dustland.” And after I returned home, I remembered those words, and from them came songs, and from those songs came rehearsals and recording sessions.

In November of 2010 The Walkabouts entered a studio in Seattle to begin work on the album. The final details were wrapped up in June of 2011. The same crew that made Acetylene and most of the other Walkabouts albums, made this one: Carla Torgerson, Terri Moeller, Michael Wells, Glenn Slater and myself. Paul Austin formerly of Willard Grant Conspiracy and Transmissionary Six joined us, providing new angles and possibilities.

“Travels in the Dustland” is a collection of interconnected songs. It is a song cycle. The Dustland is a made up place but it looks acts like a real place. While different characters come and go throughout the songs, the most important character is the landscape itself:  Its vastness, its endless skies, its scarcity, its hidden opportunities and its rugged dead-end roads.

The Dustland seems to be somewhere in America. It is an America with a future as cracked and worn as a dry-lake bed. It is a land where hollow ideas win-out and hopes and dreams are slowly slipping back into the wilds from which they began.

But more than being an idea, this album is obviously a collection of music. We wanted songs and sounds as wide-open as the landscape that inspired us. We wanted an album with a mood of experimentation but also an album that played to our strengths as musicians.

It was a hard, slow process, a balancing act, but we are proud of the results.

Thanks for listening and thanks for traveling with us.